Jan. 5, 2018 – Today, Cinnaire and CHN Housing Partners announced that they have entered into a partnership to bolster the performance of four lease purchase developments in the City of Detroit. The partnership leverages CHN’s nationally recognized expertise in creating a successful lease purchase model to assist with nearly 200 single family homes developed locally through the Low Income Housing Tax Credit (LIHTC) program. CHN has opened an office in Detroit and hired staff to lead the effort.

“Our partnership with CHN will provide Detroit residents with much-needed affordable housing while fulfilling the need to support homeownership for some of Detroit’s most vulnerable neighborhoods,” said Mark McDaniel, Cinnaire president & CEO. “CHN has developed a successful model that supports renters’ long-term goal to become homeowners. We look forward to working with CHN to ensure all Detroit residents have the opportunity to live in healthy, vibrant communities.”

Additionally, Cinnaire and CHN are building the Detroit Year 16 Initiative, a city-wide coordinated approach with major stakeholders such as the City of Detroit, Michigan State Housing Development Authority (MSHDA), and non-profit organizations that will leverage the best practices honed by CHN across the larger Detroit-wide lease purchase portfolio of approximately 1,500 single family units. This is a similar approach to what CHN has successfully accomplished in the City of Cleveland. In addition to sharing staff time and expertise, Cinnaire has provided CHN a grant to support this initiative.

“The expertise we developed in Cleveland over the past 36 years is precisely what we’re bringing to Detroit’s neighborhoods through our partnership with Cinnaire, a respected leader in the affordable housing industry,” said Kevin Nowak, general counsel and director of strategic initiatives for Cleveland-based CHN Housing Partners.

A patient pathway to homeownership for low income families, lease purchase homes developed through LIHTC are intended to be sold to residents at the end of the 15-year LIHTC compliance period. Cinnaire is the owner of the properties that are located on the east and near west sides of Detroit. CHN will assume property management and maintenance, work with lease purchase residents to prepare them for home ownership and sell the properties to residents who demonstrate readiness for homeownership.

“This is personal to me,” added Nowak, a Detroit native and a graduate of the University of Michigan. “I’m thrilled to bring what my organization does best to my hometown.”

CHN is the nation’s largest single-family non-profit affordable housing developer using LIHTC. To ensure the overall success of the program, CHN has developed a comprehensive platform that starts at development, and is followed by strong property and asset management, home ownership preparation, and non-traditional sales and financing—all focused on supporting families so they can thrive first as stable residents and then as homeowners long-term. Since 1987, CHN has developed 2,200 and sold more than 1000 lease purchase homes, 85 percent of which were sold to lease purchase residents. Of the families who have taken title over the last 5 years, 99 percent have been successful as homeowners.

About Cinnaire
Cinnaire is a full-service financial partner that supports community and economic revitalization initiatives through creative loans, investments and development services. The company has invested more than $3.7B in communities in 10 states resulting in more than $7B in community impact. By matching strategic community investment opportunities with community-focused investors, Cinnaire has supported 676 housing developments, provided 47,000 affordable apartment homes and created or retained more than 65,000 jobs.
www.cinnaire.com 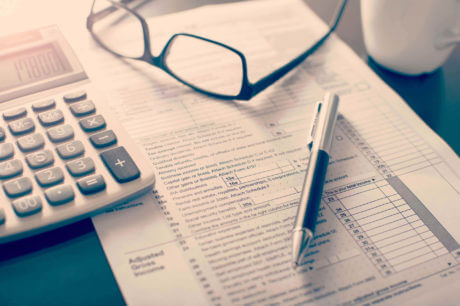 Rental Assistance is available for those facing a COVID-19 related hardship. Visit http://www.neorenthelp.org to apply. Please remember you must upload all documents before your application can be processed. #neorenthelp

To schedule an appointment, visit https://chnhousingpartners.org/housing-and-community-services/help-with-utility-payments/