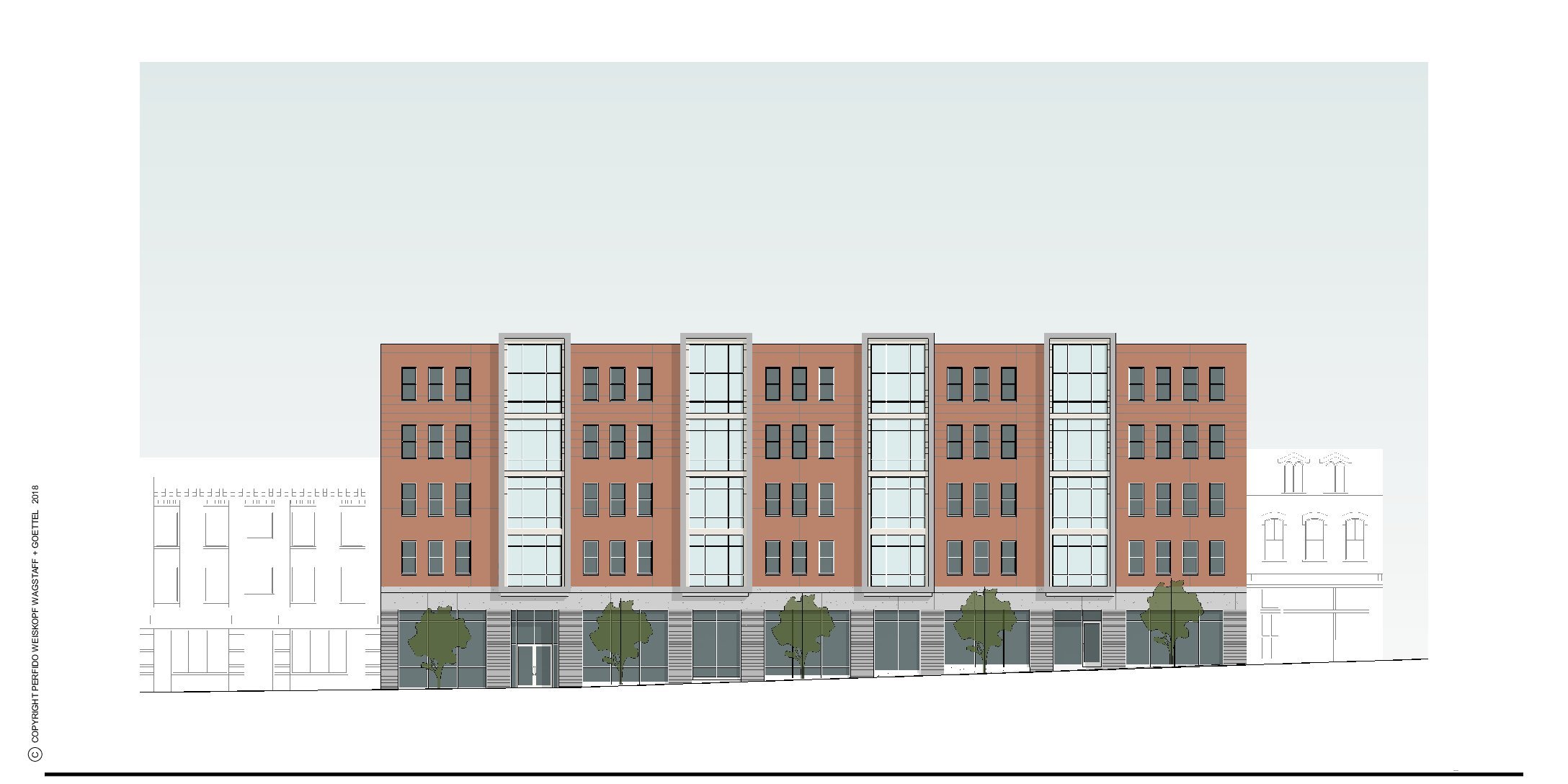 July 12, 2019 – CHN Housing Partners and development partner Hill CDC are pleased to announce that New Granada Square Apartments, a 40-unit, new construction, mixed-use building in the heart of Pittsburgh’s Hill District, has received an allocation of nine percent low-income housing tax credits (LIHTC) totaling $1,170,000 from the Pennsylvania Housing Finance Agency (PHFA). The credits will be used to leverage approximately $11 million of equity for the project. In addition, PHFA awarded the development $500,000 from the Pennsylvania Housing Affordability and Rehabilitation Enhancement Fund (PHARE).

“This is a major and catalytic step towards the revitalization of the historic Hill District, and will anchor the development of our cultural and commercial corridor,” said Marimba Milliones, president and CEO of the Hill CDC. “Introducing new apartment housing to the commercial core of the Hill District will be a significant economic and social engine that will drive development of the remaining Centre Avenue corridor. We are grateful to the PHFA for making this development a reality.”

The $13.4 million New Granada Square Apartments project is part of the nearly $55 million New Granada Square redevelopment, and will create 40 units of affordable apartments which will be marketed to artists. The apartments will sit atop nearly 7,200 square feet of first floor commercial space. The 40 residential units will include 27 one-bedroom units and 13 two-bedroom units—four of which will be accessible units.
The Hill CDC is pleased to partner with CHN Housing Partners on this project. CHN, based in Cleveland, has developed over 6,000 affordable housing units and is recognized for pioneering the affordable housing industry’s most successful lease purchase homeownership model.

“We are thrilled to partner with Hill CDC on such a meaningful and catalytic development as we enter the Pittsburgh market,” said Kevin J. Nowak, executive director of CHN Housing Partners. “We look forward to helping fulfill the long-held vision for this historic project.”

The target Area Median Income (AMI) for the units is 20% to 80%, averaging to 60% or less, including 10 project-based vouchers from the Housing Authority of the City of Pittsburgh.

This project is also supported with $1 million from the Housing Authority of the City of Pittsburgh, and $750,000 from the Urban Redevelopment Authority (URA).

“The vision we have for the Hill District involves substantial labor, sweat, and emotional investment, and it is a rewarding moment when vision becomes a reality,” added Milliones.

The Hill CDC and CHN are grateful for support from Governor Tom Wolf, Brian Hudson, CEO of the PHFA, and the PHFA Board of Directors for their investment in this project and for their support of the Hill District, a historic community in Pennsylvania. The development also has the support of Congressman Mike Doyle, State Senator Wayne Fontana, State Representative Jake Wheatley, Pittsburgh Mayor William Peduto and Councilman R. Daniel Lavelle.

“We are incredibly grateful to so many for the continued support and belief in our community and the New Granada vision. We look forward to continuing to engage the community in the construction phase of this iconic development,” added Milliones.

About the Hill CDC:
The Hill CDC works in partnership with residents and stakeholders to create, promote, and implement strategies and programs that connect plans, policies and people to drive compelling community development opportunities in the Greater Hill District.
Visit www.hilldistrict.org for more information.