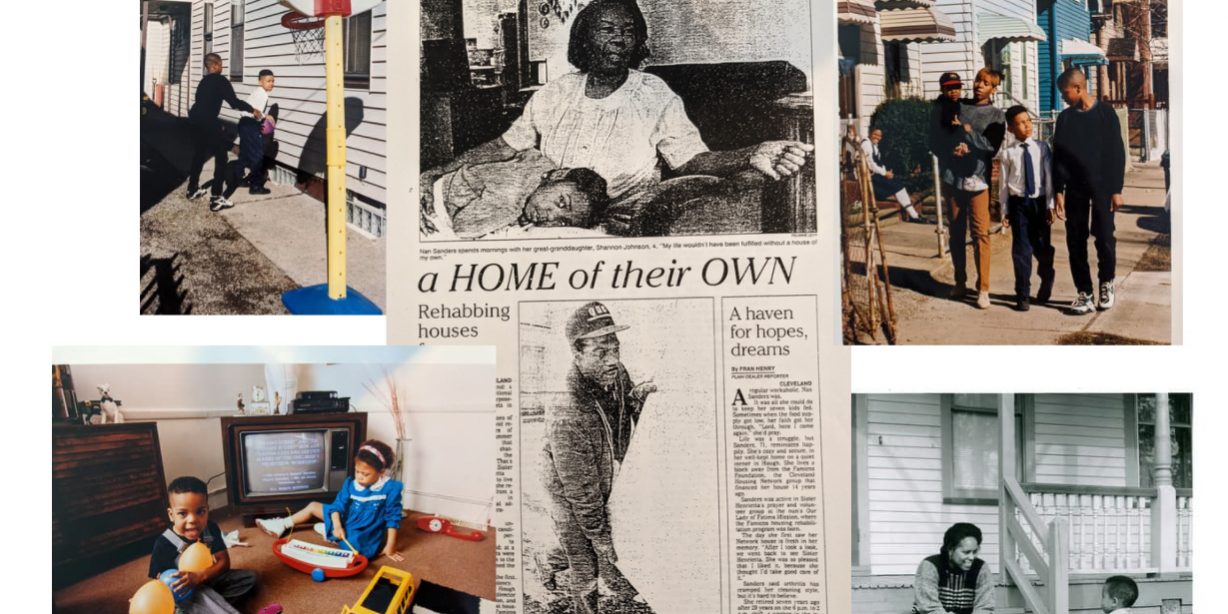 2021 marks CHN’s 40th anniversary. We are truly proud of the hundreds of thousands of lives we have changed over the past 40 years, whether through connecting low-income families to affordable homeownership, building supportive housing for people experiencing homelessness or providing financial education and community resources for people experiencing housing instability. Throughout September and October, we will be highlighting pivotal points in CHN’s history on our blog. Please tune in as we explore this rich history of believing in the power of a permanent address. This week’s post provides an overview of CHN’s early years, and was greatly informed by an interview with our second Executive Director, Mark McDermott. 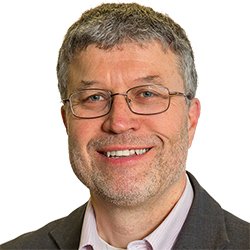 The 1990s ushered in a new era for CHN, then still known as Cleveland Housing Network. With Chris Warren moving to Cleveland City Hall as Community Development Director, CHN elevated Mark McDermott, whom Chris had hired two years earlier in 1988, to become its second Executive Director.

Like Warren, McDermott came out of Cleveland’s activist community. He earned a Bachelor’s of English from Borromeo College in Wickliffe, Ohio. He worked under Norm Krumholz, pioneer of Equity Planning, at the Maxine Goodman Levin College’s Center for Neighborhood Development at Cleveland State University (where he also earned his master’s in Urban Planning, Design, and Development). He also served as a community organizer and Executive Director of the Citizens to Bring Broadway Back before ultimately joining CHN.

CHN’s leadership changes coincided with policy shifts in City Hall. Housing policy was newly emphasized in ways that complemented and fueled the organization’s early efforts. Incoming Mayor Michael White had served on the Board of the Glenville Development Corporation (an active member of the Lease-Purchase Operations Committee that became CHN in 1981) and shared CHN’s deep belief that housing was critical to the city’s success. Having support from White and Warren at the City allowed CHN to 1) advance the Lease Purchase Program, and 2) expand its focus to other pressing housing needs throughout the city. 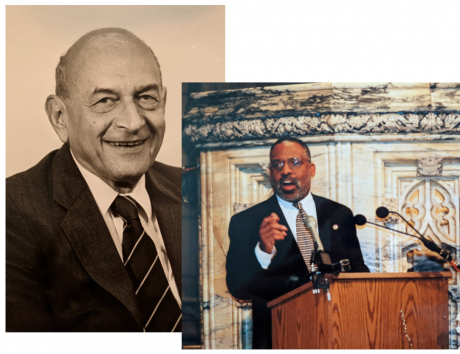 CHN faced a handful of key challenges to growing the Lease Purchase program in the early 1990s. For one, there was a fair amount of skepticism surrounding lease purchase models. Additionally, LIHTC was still a new program; in those early days, few syndicators were marketing the tax credits to institutional investors. A lease-purchase model that relied on LIHTC, therefore, faced a fair amount of scrutiny.

Further, the model required patience; homes financed using LIHTC could not be sold until the end of the tax credits’ fifteen-year term. For many, the idea that a leaseholder would even want to stay in a lease-purchase home for those fifteen years and then purchase it seemed far-fetched. Pessimists also argued that—irrespective of leaseholders’ intentions—the precarious financial positions of the families CHN intended to serve would keep them from fulfilling the terms of their contracts.

It would be McDermott’s job – along with CHN’s committed and growing CDC member base – to shepherd, shape, and sustain the Lease Purchase program’s growth, while addressing those valid concerns. According to McDermott, “Low-income families face significant challenges—economic and otherwise. In some cases, an affordable rent-to-own product was not going to be enough [to help].” It would take more than just an affordable housing product to help stabilize some families’ situations.

In response, CHN established its “Family Success Program,” which used federal and foundation funds to pay for case managers who would work with CHN families. The establishment of such services bolstered the efforts of families working to achieve homeownership, challenged assumptions about low-income homeownership, and imbued confidence in CHN’s Lease Purchase Program locally and nationally.

As LIHTC became more established, and the success of families enrolled in the Lease Purchase Program became evident, CHN came to be recognized as a national leader in harnessing the tax credits for the production of single-family housing. The Lease Purchase program grew from 25 units before the LIHTC became available, to almost 200 units at its zenith year. Thanks to the work of CHN’s staff, funders and CDC partners in the 1990s, today CHN is the nation’s largest single-family affordable housing developer using the LIHTC. To date, 85-90% of families have taken title and 98% of families have remained in their homes post-purchase; the other 2% sold their homes at market price. These results are due in large part to the pioneering work of Family Success. 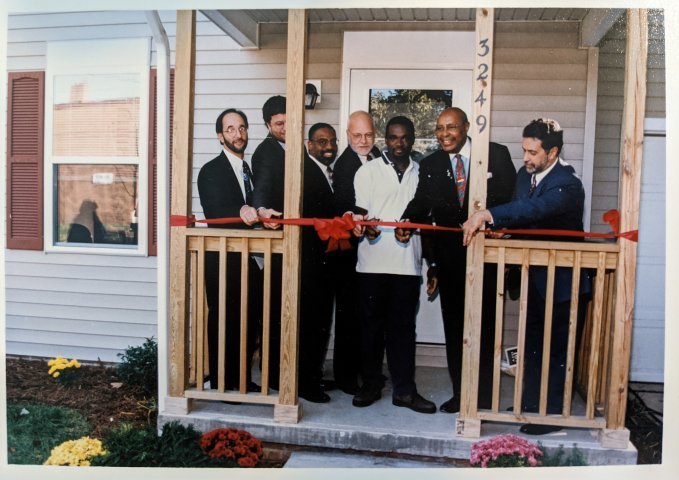 With the Lease Purchase Program on its way and Family Success in place, CHN expanded its scope to other housing needs. The organization set its sights on saving more of Cleveland’s housing stock from aggressive demolition, while re-establishing markets of for-sale housing in city limits.

CHN launched its Homeward program with three main goals: 1) develop single-family housing in distressed areas to stabilize streets and neighborhoods; 2) sell these homes to new residents at near-market rates; and, in turn, 3) create new markets of for-sale housing throughout the city.

Invigorating Cleveland’s for-sale market was no easy feat, but the Homeward program was a success. According to McDermott, it all hinged on CHN’s partnerships with the community.

Funding, policy, and community buy-in were incredibly important factors in stimulating Cleveland’s stagnant housing market (as McDermott noted, “banks were nowhere in the city in the 1970s and 1980s”). The Community Reinvestment Act (CRA) of 1977 and subsequent community organizing resulted in millions of dollars locally directed towards the development of for-sale housing. Coupled with CDBG allocations from the City and funding from organizations like Cleveland Tomorrow, Neighborhood Progress, Inc. (now Cleveland Neighborhood Progress) and local foundations, CHN was able to save hundreds of homes from deterioration and demolition.

By the time the program shuttered in 2006, it had developed more than 1,000 new housing units, brought stability to Cleveland neighborhoods, and proved there was a market for newly developed homes in Cleveland.

McDermott wasn’t around for Homeward’s 1,000th home – he would leave CHN in 1998 to head up the Cleveland office of one of CHN’s most important partners, the Enterprise Foundation (now Enterprise Community Partners). Mark’s departure led to CHN hiring its third Executive Director, Rob Curry, who would lead the organization through two decades of opportunities and challenges—which we will cover in our next post. 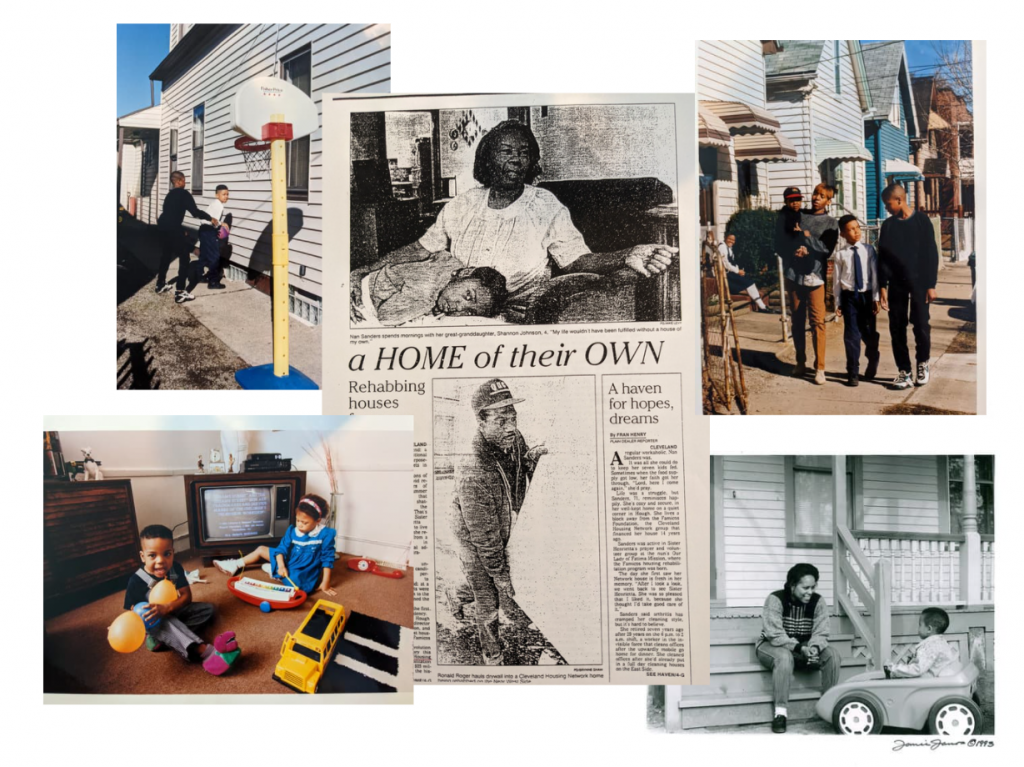 MYTH vs FACT. We believe homeownership should be attainable for every family & community. We created CHN Housing Capital & launched the Believe Mortgage to open the door for borrowers historically locked out of opportunity. Learn more & apply: http://chnhousingcapital.org/believe.

Learn how CHN's financial products can help you comply with the City of Cleveland's Lead Safe ordinance. Our lead team hosts a free Zoom webinar on the fourth Friday of every month. Register by emailing [email protected]