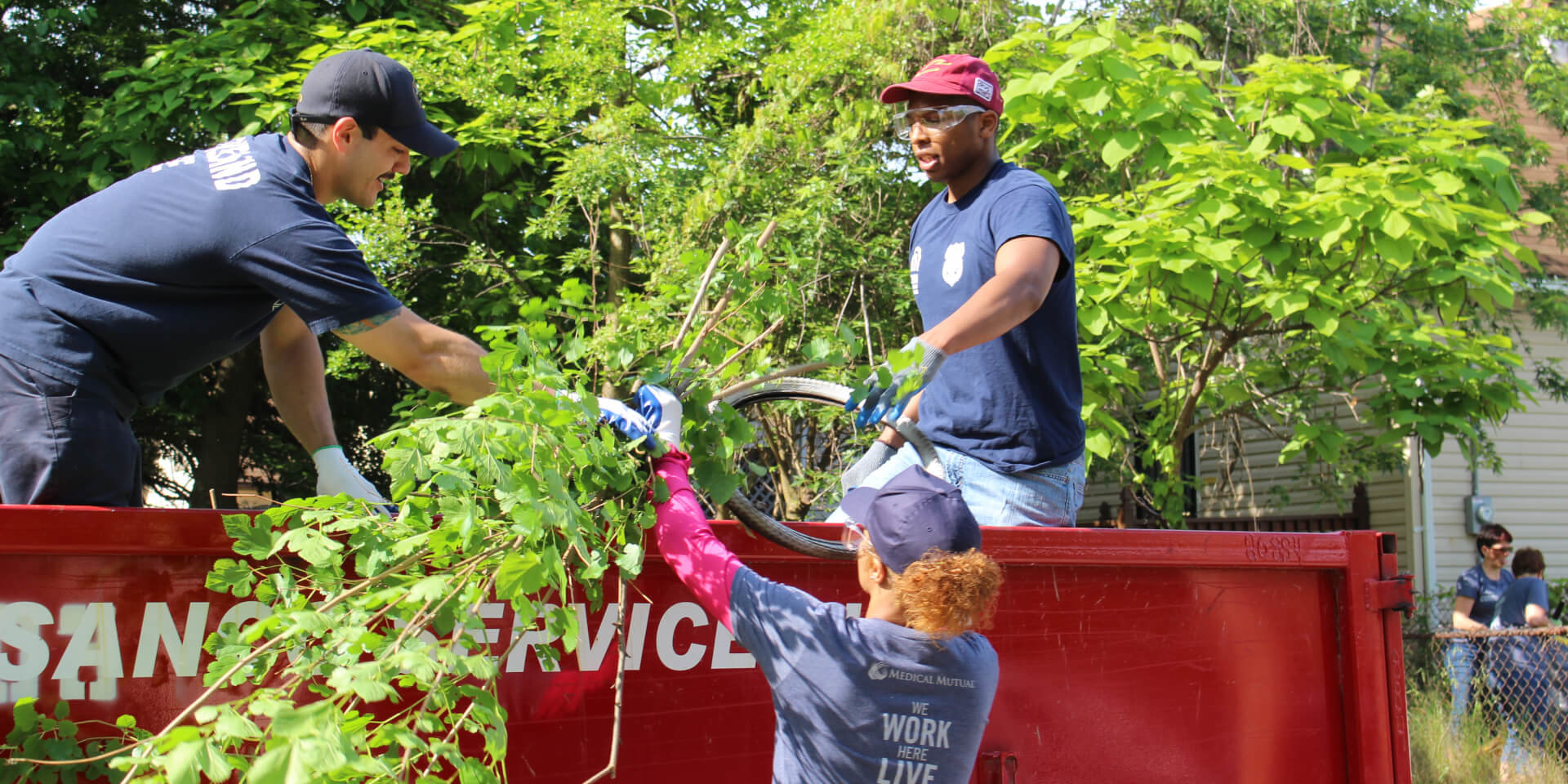 June 13, 2018 – On Friday, June 8, 2018, more than 50 volunteers, including staff from CHN Housing Partners, Medical Mutual and United Way of Greater Cleveland, converged on Aberdeen Avenue in Cleveland for a day of community outreach. This was the second collaboration between CHN and Medical Mutual in the city’s neighborhoods. This year we were pleased to be accompanied by Ward 7 Councilman Basheer Jones.

Activities to beautify the street included cutting grass in vacant lots, cleaning up at vacant houses, as well as general clean up, trimming, edging, pruning and grass cutting at residential homes throughout the street.

Over the years, CHN has made significant investments throughout the city, including building six new homes on Aberdeen Avenue.

See below for multiple news coverage:

Thank you to everyone who participated in this year's #GivingTuesday and showed support for CHN Housing Partners and the power of a permanent address! It's not too late to donate if you haven't already: https://chnhousingpartners.org/donate/

Join us today for #GivingTuesday and contribute to the power of a permanent address. To celebrate your generosity this year, we have commemorative CHN coasters for those who give $50 or more. Check out http://chnhousingpartners.org/donate or click the link in our bio to learn more and donate.