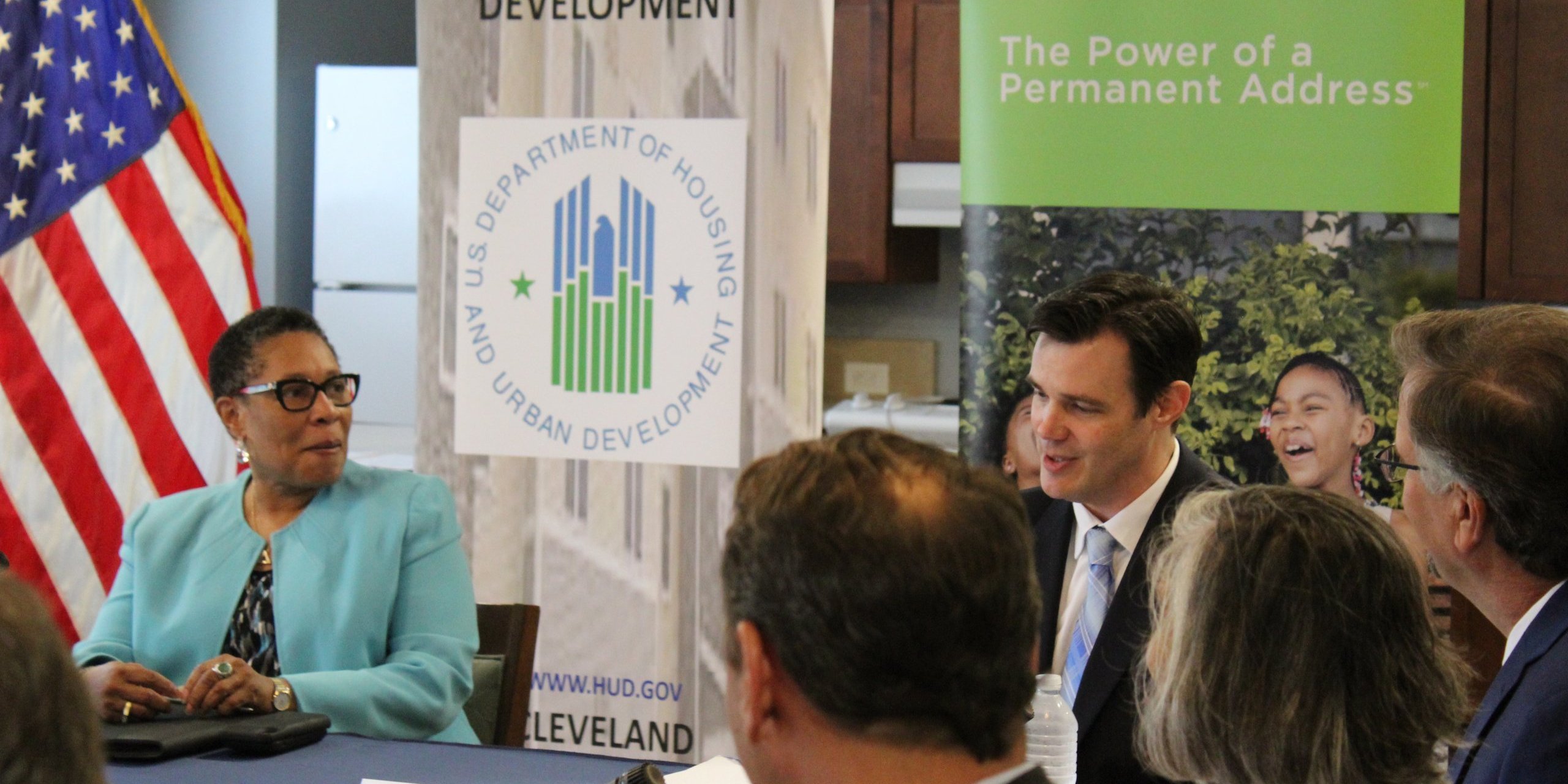 The roundtable followed Secretary Fudge’s attendance at a virtual Eviction Prevention Summit hosted by the White House to support household stabilization. A week prior, the Biden-Harris administration announced additional protections for renters and eviction prevention efforts.

At Friday’s roundtable, Secretary Fudge shared these and other updates from HUD, and sought insight into the needs and responses of Northeast Ohio housing agencies as related to federal policy – specifically, emergency rental assistance programs and President Biden’s Bipartisan Infrastructure Framework.

Nowak kicked off the discussion with a summary of CHN’s efforts throughout the pandemic — chiefly, administrating emergency rental assistance to local families who have collectively reported over $300 million in lost income. He stressed how COVID-19 highlighted pre-existing disparities in Cleveland, particularly in low-income communities and communities of color, and the need for continued momentum beyond the crisis. “The need was there before. [COVID-19] perpetuated it, it illuminated [the need] for us, in a much different way. [Now] seems like a time for real opportunity to refocus, re-double the investment, at the federal level in particular, to help our families and our communities.” 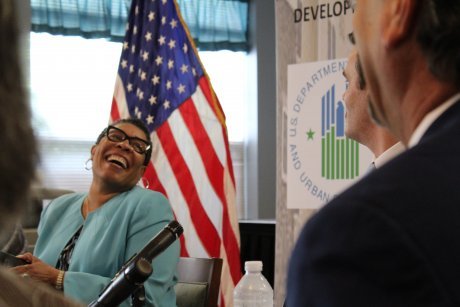 As the conversation moved around the table, participants shared their organizations’ experiences and perspectives related to COVID-19 and the future of housing and homelessness programs in Northeast Ohio. Three distinct themes emerged: gratitude for the swift and impactful measures implemented at the federal level, pride in local partnerships and progress and need for ongoing expansion and fortification of protective housing policy.

Participants commended HUD and Secretary Fudge for recent advances in federal housing policy, including reinstatement of the Affirmatively Furthering Fair Housing Rule and expansive COVID-19 relief funding for housing and homeless services. The room vibrated with a shared optimism for the future, including from the Secretary. “We are all on the same team.”

Organizations also had the chance to showcase local victories, particularly partnership efforts that were borne of deep collaboration and resource sharing. “One of the silver linings of COVID is that we all kind of put our egos and organizations aside and worked together,” explained Joy Johnson, Executive Director at Burten, Bell, Carr, Development, Inc. One such collaborative effort is Cleveland’s Right to Counsel program, which launched in the throes of the pandemic to pair low-income families with housing court representation. Colleen Cotter, executive director of Legal Aid Society of Greater Cleveland, noted how the program’s success “transforms our [housing] court system to a justice system.”

Participants made it clear that continued progress – both at the federal level, and here in Northeast Ohio – was needed to overcome the pandemic and the inequities it brought to light. “We all know around this table that this crisis is not going to be over by September next year,” said Step Forward (formerly CEOGC) President and CEO Jackie Chisholm.

To that end, Secretary Fudge engaged in conversation with attendees on how HUD can build upon its recent efforts to fortify housing protections. The Secretary listened to concerns and requests from participants, which included the need to expand access to credit in low-income communities, encourage place-based resource allocation, strengthen the Community Reinvestment Act and offer incentives to property owners who accept tenant-based subsidies and rental assistance.

Participants were quick to connect these requests to the personal, real-life needs of those they serve. “It’s not just the bricks and mortar,” said CMHA CEO Jeffrey Patterson. Lutheran Metropolitan Ministry President and CEO Andrew Genszler, whose organization operates the Men’s Shelter at 2100 Lakeside (Ohio’s largest emergency shelter), noted, “Each of those 3,000 men is a person. And they’re someone’s brother, or father, or uncle.”

Several roundtable participants stressed the burdensome documentation requirements that families must meet to receive assistance dollars. “It is difficult to be poor, right? The people in the most need, those who most need our support, we ask to jump through the most hoops,” shared Cleveland Neighborhood Progress CEO and President Tania Menesse.

It was a connection that resounded with Secretary Fudge, who concluded the roundtable by affirming the need for person-centered policy. “It is important to me that people feel that we care, and that there is respect and dignity in our system.” 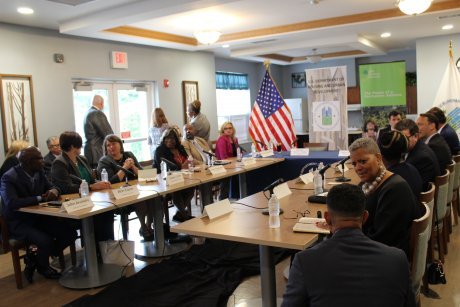